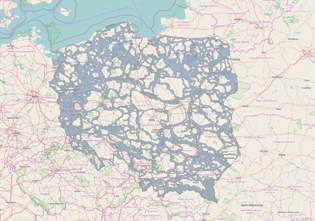 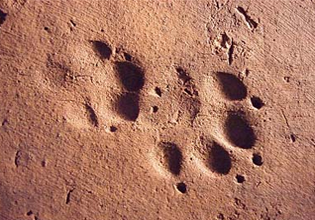 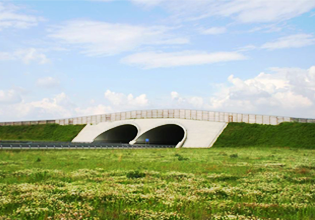 Poland’s road construction programme has been supported by the EU to the tune of 8 billion euros, despite the country’s persistent failure to comply with European environmental rules while building and modernising motorways. Now the country may benefit from another 7.4 billion euros as part of the EU’s recovery effort and has already announced it would put much of the money in new road projects. Polish environmental groups are calling on the Commission to act before even more damage is done to wildlife corridors and habitats.

A report that accompanies the letter sent to Commissioner Ferreira by Pracownia na rzecz Wszystkich Istot and the Polish Green Network details a number of cases where Poland’s faulty national laws have failed to protect important wildlife migration routes and protected habitats from getting destroyed by road projects.

The S7 expressway near Kraków is being built right across the habitat of the endangered common hamster, with no precautions taken to prevent the heavy machinery from killing the rodents and – even more importantly – without safe underpasses to keep the population on both sides of the road connected. The same S7 in central Poland has been built right on one of the country’s best-preserved habitats of the marsh fritillary, a once common butterfly that is now extinct in most of Europe. The projected S19 expressway in the Janów Woods in eastern Poland lacks adequate wildlife crossings and will create an impermeable barrier for large mammals, obstructing an important wildlife corridor. One of the species that will be affected is the European bison which is now being re-introduced into the Janów Woods as part of an EU-funded LIFE + project. The S61 road in northern Poland cuts through protected fire-bellied toads habitats but will be built with just three amphibian underpasses instead of the eighteen that experts had called for. As a result, the animals will inevitably get killed by traffic. These are just some of the examples listed in the letter.

Poland’s problem is systemic. The country’s national laws, which in the Commission’s own assessment are incompatible with EU rules, prevent environmental groups from effectively intervening in the permitting and design process to ensure that road projects do not obstruct wildlife migration routes or destroy protected habitats. As a result, the natural environment becomes increasingly fragmented and the number of functioning wildlife corridors that enable bisons, wolves, lynx and bears to migrate across Poland and other parts of Europe in search of viable habitats or to breed is shrinking rapidly.

Many of the projects listed in the reports are co-financed by the EU from Cohesion Policy funds, despite their documented non-compliance with EU environmental rules. With the Commission’s plan to provide even more money to member states as part of the European recovery effort, of which Poland will again be a major beneficiary, Polish environmental groups fear that environmental destruction may accelerate. Indeed, in his immediate response to the Commission’s announcement on Wednesday, the Polish prime minister said Poland would spend much of the new money on road projects.

Sylwia Szczutkowska from Pracownia says, “The Commission’s current system of oversight has not prevented environmental destruction in road projects, and with more money available and laxer rules, we expect the situation to worsen. We are calling on the Commission to act fast and ensure that road projects in Poland, and especially EU-funded road projects, do not leave behind more destroyed habitats and obstructed wildlife corridors.”

„As we face the sixth mass extinction, the Commission must be serious about its commitment to protecting the living planet, and it needs to act immediately before even more damage is done, because some of it will be irreparable”, adds Izabela Zygmunt from the Polish Green Network.