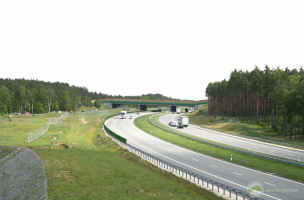 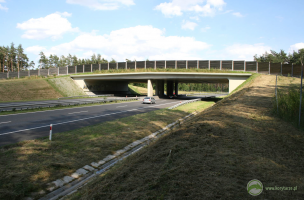 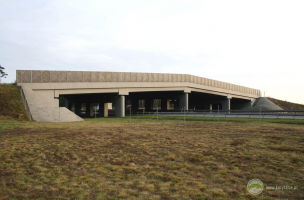 Linking EU funds to the rule of law necessary to stop EU support for road projects that destroy nature in Poland.

The political and social discussion concerning the European Council’s agreement on the next budget and reconstruction fund is ongoing. As stated by the President of the European Council Charles Michel, ‘respect for the rule of law will be a decisive criterion for budget spending’. At the same time social organisations working for nature protection in Poland point out the need to introduce effective mechanisms to eliminate EU support for projects which violate Community law.

One of the emblematic examples of granting EU funds for projects that violate the law and devastate nature is the construction of highways in Poland. Although the European Commission has initiated infringement proceedings against Poland in connection with road construction (Case 2016/2046), it has also provided it with EUR 8 billion from the Operational Programme Infrastructure and Environment 2014-2020. Polish Government has already announced that most of the EUR 7.4 billion from the EU Recovery Fund will be allocated to road development. If EU funds are not effectively linked with the rule of law, further devastation of Polish nature will occur as national parks and wildlife refuges are threatened by construction of expressways, including the largest wetland bird sanctuary in the EU – the Biebrza National Park.

Polish law does not ensure adequate nature protection in road development process. Although it has been brought to the European Commission’s attention since 2011, EU funding continues to flow into such projects. The report submitted to the European Commission by the organisations presents selected transport projects which illustrate the systemic problem of the Polish authorities' failure to fulfill their obligations under EU regulations on the construction of public roads. This systemic issue has been causing the most serious environmental problems resulting in large scale biodiversity loss. During the construction of the S7 road near Krakow, localities of the European hamster, a species protected by national and EU law, were illegally destroyed. Neither the national authorities nor European Commission, which had been asked to intervene, prevented destruction of inhabited hamster burrows. Another planned road, the S19 through Janów Forests, will become an impassable barrier to the migration of animals such as the European bison, although at the same time a LIFE + Bison restitution programme is being carried out there. In a section of the S61 road case, the investor decided not to build 15 out of the 18 planned wildlife crossing for amphibians which are objects of protection in the local Natura 2000 site. In central Poland one of the most important sites of the Marsh fritillary, a butterfly species extinct in many EU countries, was destroyed during development of other section of the S7 road. Additionally, no sufficient number of wildlife crossing of adequate size is built during road construction. As a consequence, continuity of ecological corridors which are crucial for migration and dispersion to Western Europe of species such as European bison, wolf, lynx and bear, is also being broken throughout Poland.

The publication of the new Biodiversity Strategy must entail implementation of effective mechanisms to successfully protect biodiversity from further destruction. Refusal to provide financial support for projects developed in violation of law and environmental requirements should become a fundament of such a mechanism. Unfortunately, there is a risk that in the new 2027 financial perspective, the so-called large infrastructure projects developed under the Cohesion Policy Fund will not have to be verified by the European Commission anymore. This means that European funds for road construction will be granted by the Polish government without any oversight.

Since the current EC verification of projects neither prevents the violation of law nor nature destruction during road construction in our country, we are under no illusions that environmental devastation in Poland won’t increase dramatically. We expect a strong response from the Commission and urgent implementation of mechanisms to eliminate EU funding of investments that run counter the fundamental values of the Community - biodiversity protection and the rule of law’ - says Diana Maciąga from Polish NGO Pracownia na rzecz Wszystkich Istot.

Poland will also receive an additional €7.4 billion from the Recovery Fund which makes the country one of the largest beneficiaries of EU funding. Polish Prime Minister Morawiecki has already announced that this money will finance road and railway construction and other projects ‘which provide natural economic and fiscal stimulus’. The opportunity to quickly spend EU money increases the risk of further ignoring legal and nature conservation requirements in planning and implementing road investments.

While we are facing climate crisis and massive species extinction, the European Commission must immediately stop supporting projects that bring us closer to ecological disaster. As we have already learned painfully from the COVID19 pandemic, there is no longer any doubt that people's health and wellbeing depend on effective nature conservation – adds Diana Maciąga.